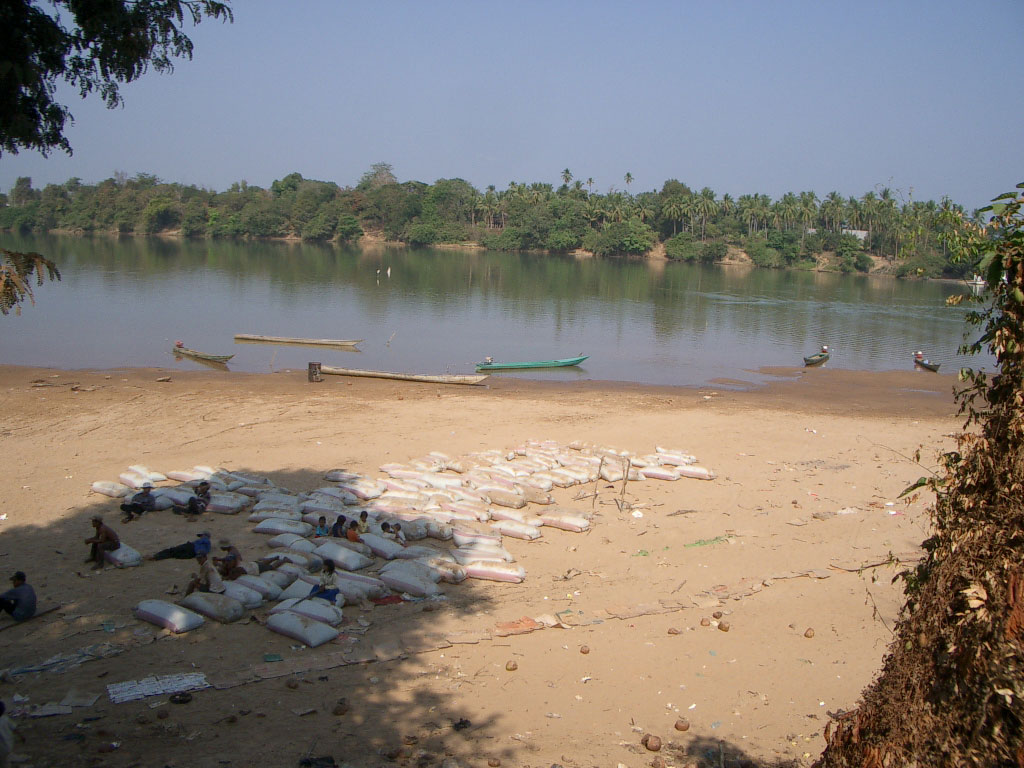 How Sand Became One of Phnom Penh’s Hottest Commodities, Cambodia 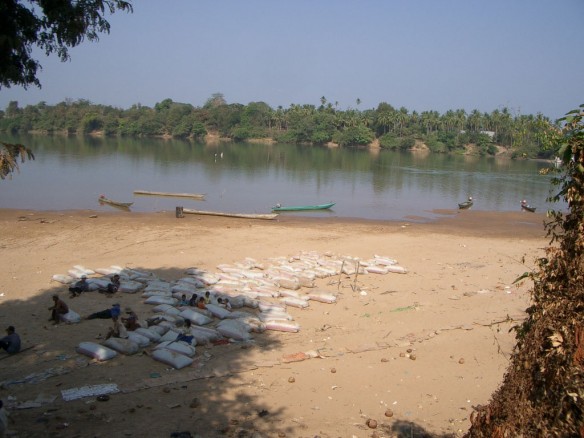 Phnom Penh’s construction frenzy is fueling the need for sand dredging, the practice of sucking up debris from riverbeds. The sand is normally used to clear waterways and to provide material for development projects.

According to the Cambodian government, between 15,000 to 20,000 cubic meters of sand per day is needed in Phnom Penh to sustain the city’s building boom. Sand dredging, which in Khmer translates to “getting the sand out of the water,” is a common practice around the world. But for many here, it’s a symbol of what ails the city: shoddy urban planning and a Wild West approach to development…

Sand For Sale: Environment Ravages; By Denis D. Gray (08-18-2011)
Round a bend in Cambodia’s Tatai River and the virtual silence of a tropical idyll turns suddenly into an industrial nightmare. Lush jungle hills give way to a flotilla of dredgers operating 24 hours a day, scooping up sand and piling it onto ocean-bound barges. The churned-up waters and fuel discharges, villagers say, have decimated the fish so vital to their livelihoods. Riverbanks are beginning to collapse, and the din and pollution are killing a promising ecotourism industry…

Environment at risk as Cambodia exports millions of tonnes of sand to Singapore, new Global Witness report reveals, Global Witness May 2010
Global Witness released a 2010 report on Cambodia sand trade, that said that up to 796,000 tonnes of sand was being removed from Koh Kong each month. The group estimates that the annual value of these shipments is US$28.7 million in Cambodia and $248 million once the sand reaches Singapore, and that the trade is being conducted with little regard for international standards or local laws.

A UN Report On Sand Mining: “Sand, Rarer Than One Thinks”
The United Nations, under its environmental programe and agency UNEP, has just released a report about sand mining, entitled: “Sand, rarer than one thinks”…