Doubling of Coastal Erosion by Mid-Century in Hawai’i 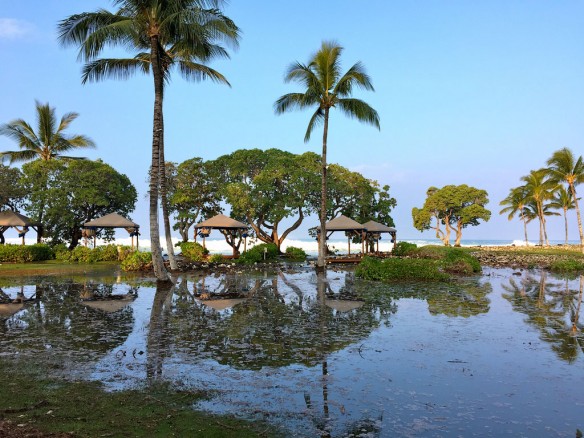 Chronic erosion dominates the sandy beaches of Hawai’i, causing beach loss as it damages homes, infrastructure, and critical habitat. Researchers have long understood that global sea level rise will affect the rate of coastal erosion. However, new research indicates that coastal erosion of Hawai’i’s beaches may double by mid-century… 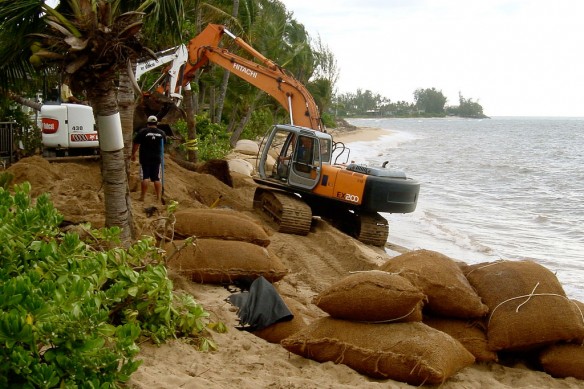 Coastal erosion, Oahu, Hawaii. “Sandbagging is pretty much an exercise in futility. The only benefit is psychological, the feeling of doing something…” Captions and Photo source: ©© Davidd