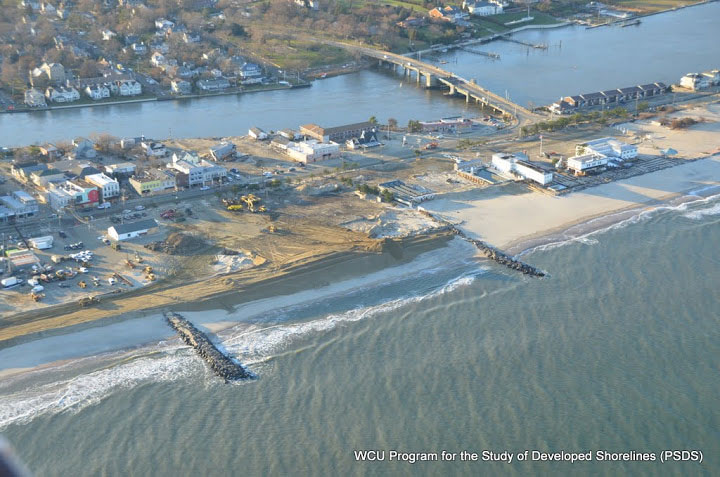 Something Strange is Happening to Sea Bright’s Beach, NJ 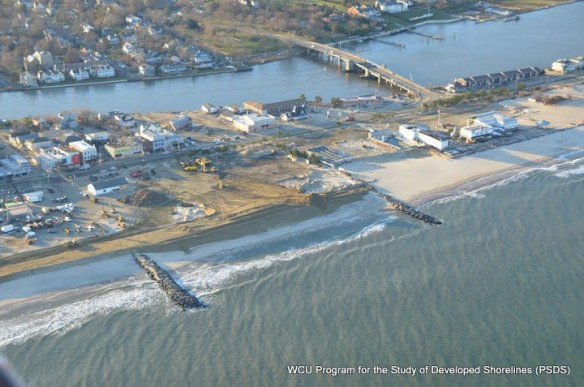 A section of the beach, newly widened after Hurricane Sandy, is eroding so fast that fledging dunes can’t take hold to help with storm protection.

The beach, which was about 100 feet wide, is less than half that size now — just in a 150-foot stretch in the very north end of town that Lamia said had never before experienced that type of erosion…

A Beach Project Built on Sand; By Robert S. Young, PhD; New York Times (08-22-2014)
Gov. Andrew M. Cuomo announced a $207 million plan to dredge millions of tons of sand off the south shore of Long Island and spread it along the beaches and dunes. It is a colossal waste of money and another consequence of the nation’s failure to develop a coherent plan to address the risks from storms faced by states along the eastern seaboard and gulf coast…