WATCH: Sonic Sea, Documentary Trailer (2016)
“This is the story that changed forever the way we understand our impact on the ocean — and shows what we can do to quiet this deadly noise.”—NRDC

“Oceans are a sonic symphony. Sound is essential to the survival and prosperity of marine life. But man-made ocean noise is threatening this fragile world.

Sonic Sea is about protecting life in our waters from the destructive effects of oceanic noise pollution.”

“It was a typical March morning for whale watching in the Bahamas — mild, a little humid, and not a hint of the elusive beaked whales that have made their home in the Grand Bahama Canyon for the past 30 million years.

But look out far enough and you might have glimpsed the fleet of U.S. Navy destroyers running training exercises in the canyon, blasting deep-sea sonar at decibel levels equivalent to a jetfighter.

And if you stuck around a few hours, you’d have finally seen these majestic whales — 17 of them, stranding themselves on the beach, bleeding from their ears and brains, desperately trying to escape the deadly noise…”

Sonic Sea is a 60-minute documentary about the impact of industrial and military ocean noise on whales and other marine life. It tells the story of a former U.S. Navy officer who solved a tragic mystery and changed forever the way we understand our impact on the ocean. TV Premiere May 19th, 2016.

Sonic Sea was produced by the Natural Resources Defense Council (NRDC) and Imaginary Forces in association with the International Fund for Animal Welfare (IFAW) and Diamond Docs.

Watch the trailer for Sonic Sea (2016), the NRDC documentary that tells the inside story of this day of infamy — then see what happened next when the film premieres Discovery Channel this Thursday May 19th, 2016

The television premiere of Sonic Sea — the powerful documentary narrated by Oscar-nominated actress Rachel McAdams that exposes how relentless human-made ocean noise is devastating marine mammals, and charts a path toward solving this avoidable environmental tragedy.

This Thursday, May 19, on the Discovery Channel

In the darkness of the sea, whales and other marine life depend on sound to mate, find food — in short, to survive. But a cacophony of sonic “bombs” unleashed by oil prospectors, freight ships and military sonar is tearing their symphony of life apart.

The first step to solving a problem is sounding the alarm as far and wide as possible — and that starts with this film.—NRDC 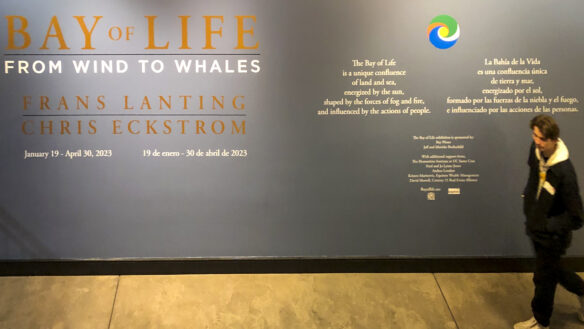