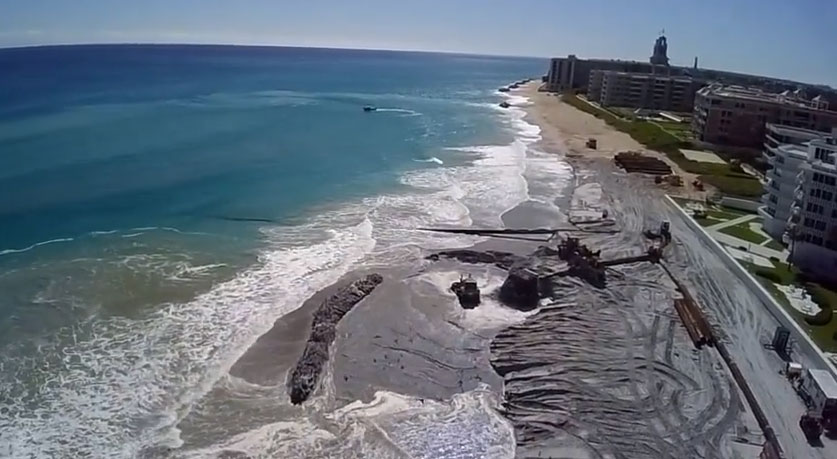 Money and sand: will there be enough for New Jersey’s beaches? 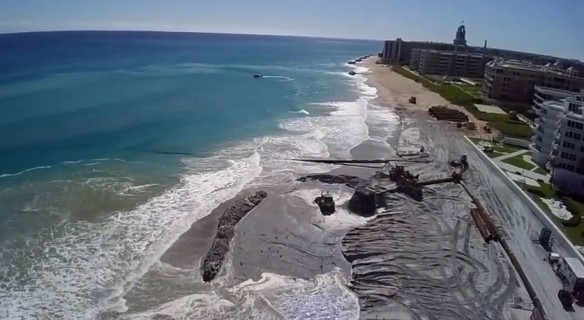 Palm Beach Mid-Town dredge project, Florida, 1-25-2015. Image source: Youtube
“Beach nourishment projects like this have become commonplace along the US East and Gulf Coasts. These projects have immediate environmental impacts through burial of nearshore habitat and increased turbidity during project placement.The cumulative environmental impacts of doing this repeatedly on the same beach while conducting projects from Maine to Texas is unknown. But, we should be concerned. ” —Robert S. Young, PhD, Director, Program for the Study of Developed Shorelines, Professor, Coastal Geology, Western Carolina University.

Beach replenishment is costly and exacts a heavy toll on the environment, depleting underwater ridges that are home to a broad variety of sea life…

Skeptics questioned how the state and Army Corps of Engineers can commit to spending nearly $2 billion in beach replenishment through the mid 21st century.