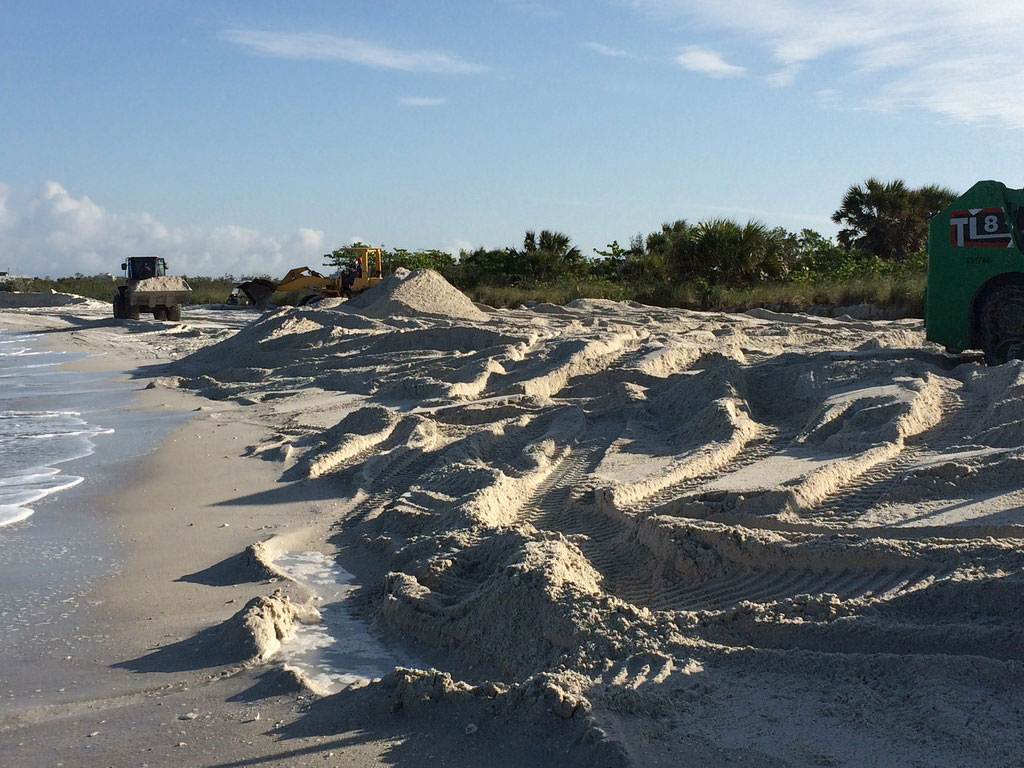 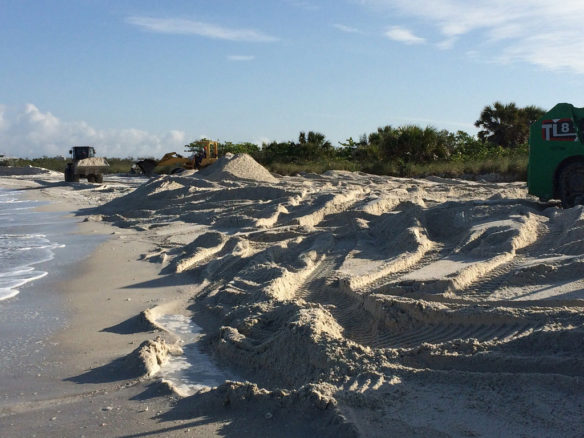 Beach renourishment, Florida. Image source: ©© Florida Sea Grant
“Beach nourishment projects like this have become commonplace along the US East and Gulf Coasts. These projects have immediate environmental impacts through burial of nearshore habitat and increased turbidity during project placement.The cumulative environmental impacts of doing this repeatedly on the same beach while conducting projects from Maine to Texas is unknown. But, we should be concerned. ” —Robert S. Young, PhD, Director, Program for the Study of Developed Shorelines, Professor, Coastal Geology, Western Carolina University.

Sea level rise is making floods more common and as the New Jersey resort braces for the next Sandy, the well-heeled Florida city is throwing money at the problem…