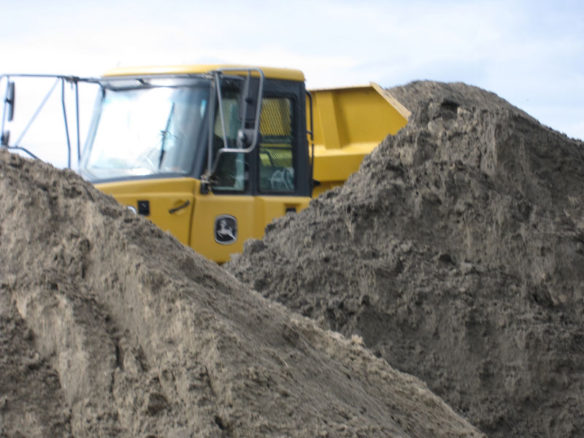 Four beachfront homeowners are receiving warnings from state for removing sand from beach with machinery to create a “small frontal dune at the base of the original eroded dune.”

The practice of ‘beach scraping’ was common during the early part of the 1900s, but improper practices eventually led to state regulation…

United Airlines CEO is Accused of Taking This Bizarre Thing From a Beach; Inc (03-30-2018)

Bahamas sand to fill in Florida beaches? Congress gave OK for study but no funding; The Naples Daily News (12-20-2017)
The 2016 Water Resources Development Act authorized the Army Corps of Engineers to study using foreign sand, such as from the Bahamas, to widen shorelines without resorting to expensive and inefficient truck hauls from inland mines. A year later the study remains unfunded in the agency’s budget…

Factbox: Sifting Through U.S. Beach Sand Numbers; Reuters (02-16-2018)
Here is a summary of what Florida and other coastal states and communities have been doing to protect and rebuild their shorelines based on to the American Shore and Beach Preservation Association (ASBPA) data…