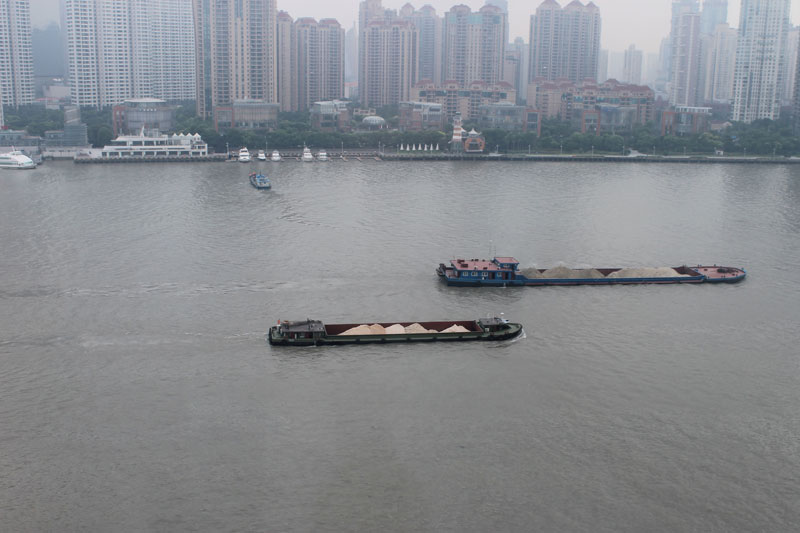 Cities from the sea: the true cost of reclaimed land 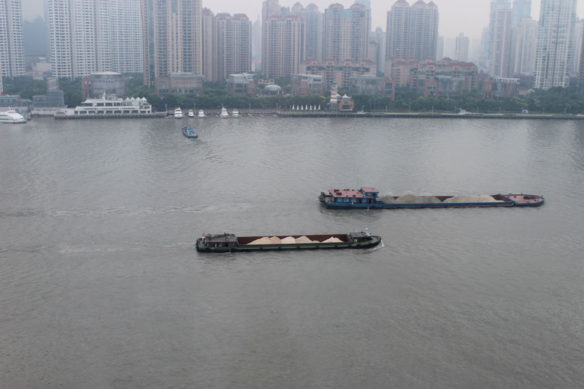 Sand barges. Photograph: © SAF — Coastal Care.
“Sand is the second most consumed natural resource, after water. The construction-building industry is by far the largest consumer of this finite resource, followed by the land reclamation industry. The Sand business has been estimated to be a $70 billion industry, worldwide…” Captions from Award-winning Filmmaker: ©2013 Denis Delestrac

Asia is growing. Literally. From Malaysia to Dubai, luxury developments are rising on artificial islands and coastlines. Everybody wins – except the local sea life and the fishermen who depend on it…

The Pearl, Qatar; NASA / Earth Observatory (04-02-2018)
The Pearl-Qatar, a man-made island spanning approximately 1.5 square kilometers (0.6 square miles), extends from the mainland, and once fully completed, The Pearl will create over 32 kilometers of new coastline…

Hong Kong’s Government Is Spending Billions Taking Land from the Sea; Vice (11-10-2017)
Through expensive, time intensive, and complicated land reclamation projects, Hong Kong is continually extending out and into the water, where there wasn’t land before…

Monaco’s $2.3bn project to expand into Mediterranean Sea; CNN (01-04-2018)
Now construction has begun on a €2 billion ($2.3 billion) project to extend the natural contour of Monaco’s coastline a further 15 acres into the Mediterranean…

Sand: the new gold; Les Echos (02-2018)
This is one of the most consumed natural resources in the world. In cambodia, its mining as lead to an environmental catastrophe, while in singapore sand has contributed to 24% of the island’s expansion…