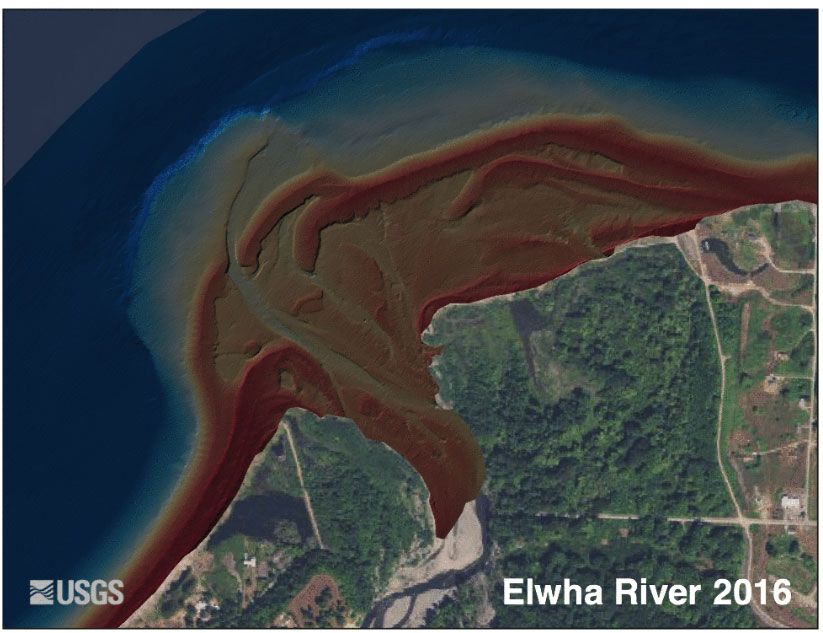 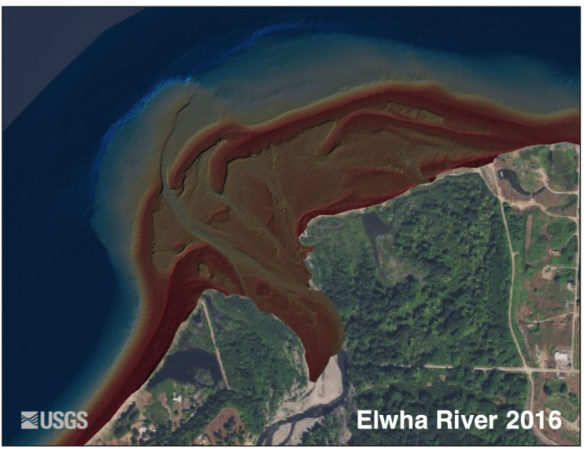 See Computer animation showing changes at the mouth of the Elwha River from 2011 through 2016. Brown-shaded areas are elevations above low tide; blue shades indicate seafloor depths below low tide. Watch the animation loop to see the mouth of the Elwha River grow and change as millions of tons of sediment moved downstream from Olympic National Park to the Pacific Ocean. (Public domain.)

Starting in 2011, the National Park Service removed two obsolete dams from the Elwha River in Olympic National Park, Washington. It was the world’s largest dam-removal project.

Over the next five years, water carrying newly freed rocks, sand, silt and old tree trunks reshaped more than 13 miles of river and built a larger delta into the Pacific Ocean…