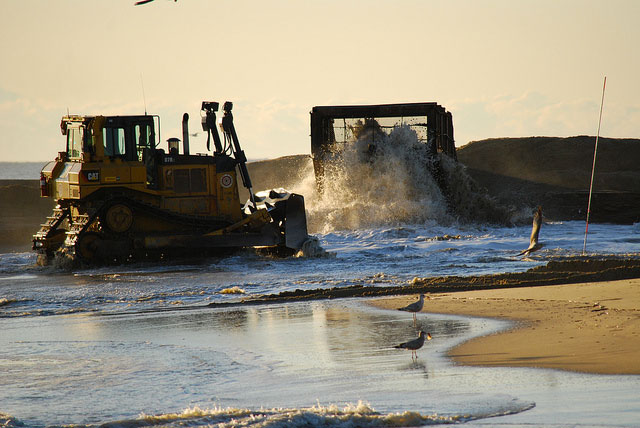 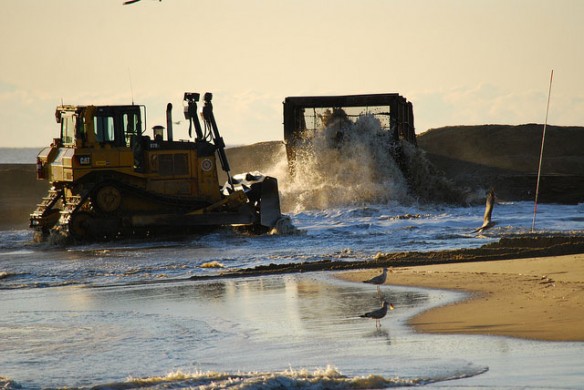 The latest skirmish in the ongoing Sand Wars is being waged on unfamiliar terrain and pits a new opponent against an unusual alliance of adversaries.

North Carolina: The Beaches Are Moving, A Video
World famous coastal geologist Orrin H. Pilkey takes us to the beach and explains why erosion has become a problem…