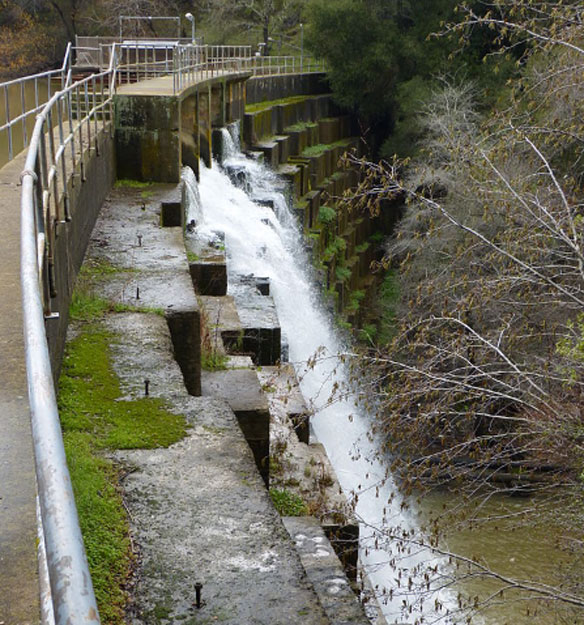 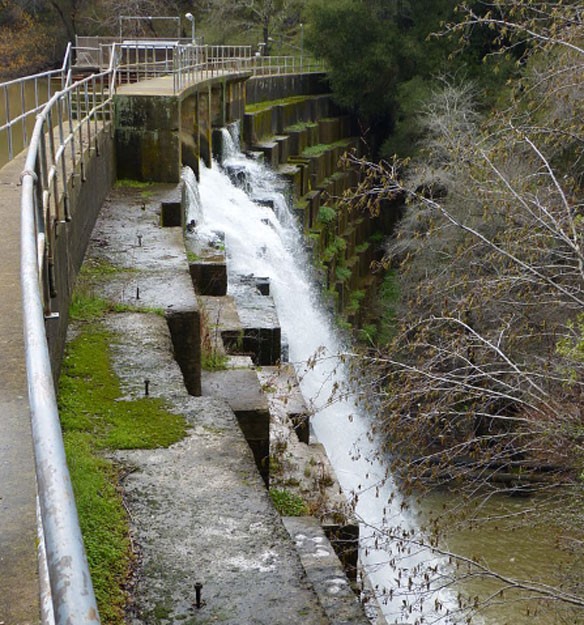 “Today, the State Water Board sent Stanford a powerful letter supporting Searsville Dam removal, questioning the feasibility of other potential alternatives, and stressing the importance of safely restoring sediment flow blocked by the dam for the health of the creek downstream and resiliency of San Francisco Bay wetlands and coastal communities in the face of sea level rise and climate change…”

Standford’s Searsville Dam Spurs Debate, ABC 7 News (07-29-2014)
Stanford University is finding itself at the center of an unlikely environmental battle. It centers on an aging dam and the barrier it creates for native fish…

Elwha Dam removal, 2011. The largest dam-removal project in U.S. history—the Elwha River Restoration Project—commenced during the second week of September 2011, when National Park Service contractors began to dismantle two dams on the Elwha River in Washington State. The 32-m-tall Elwha Dam and the 64-m-tall Glines Canyon Dam, completed in 1913 and 1927, respectively, have been blocking the natural supply of sediment to the lower river and coast and severely limiting salmon and steelhead spawning for nearly a century. Captions: Jonathan A. Warrick / USGS. Photograph: © SAF