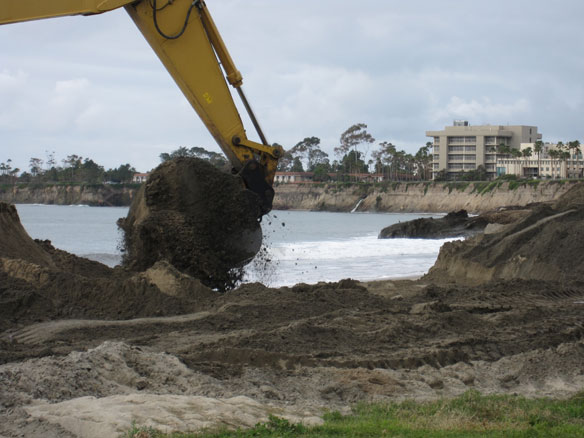 Where’s all the sand in La Jolla? CA 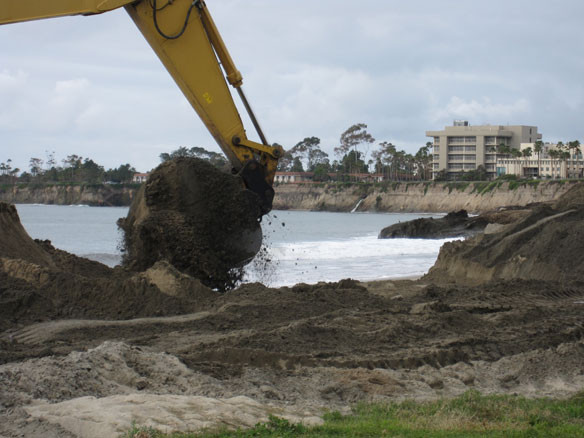 Beach re-nourishment, Southern California. Photo source: © SAF — Coastal Care.
“A few coastal scientists point to the apparent futility of the billions spent across the nation in the past 50 years to stop sand from doing what it’s naturally inclined to do…” “We’re talking about billions of dollars, approaching tens of billions” nationally, said coastal geologist Rob Young, in “Endless Erosion Battle a Matter of Money,” The St Petersburg Tribune

First of a two-part look at La Jolla beach erosion.

A carpet of pebbles covers the sands of Tourmaline Surfing Park. The ocean washes the rocks at WindanSea. The waves dangerously approach Highway 101 at Torrey Pines.

La Jolla beaches, in Southern California, present an erosion level that has surprised residents and visitors this spring.