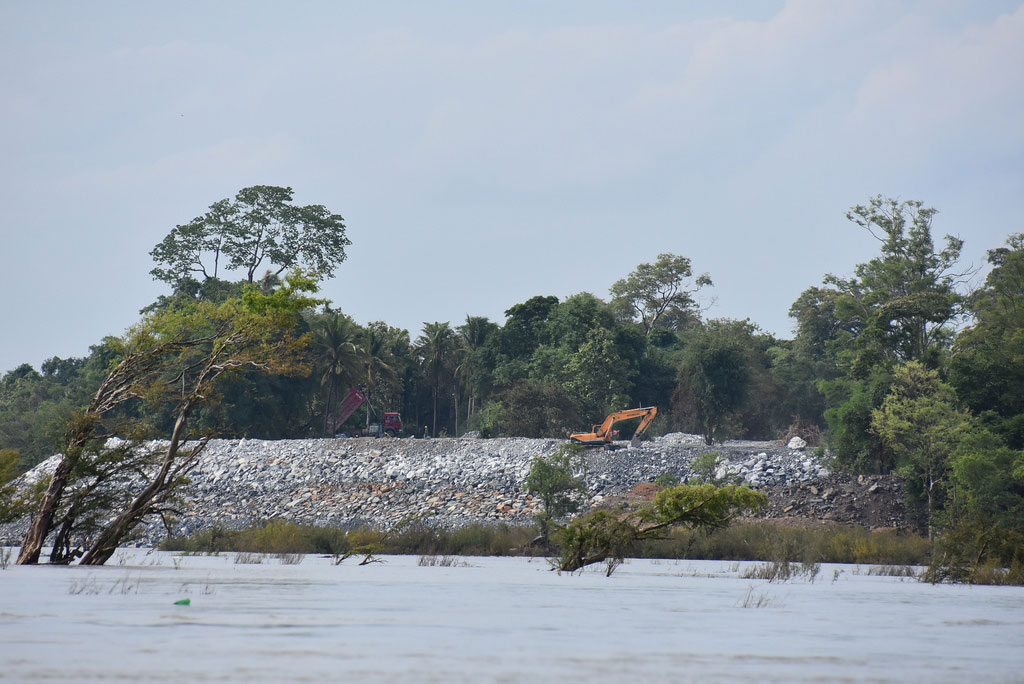 The Mekong, Dammed to Die 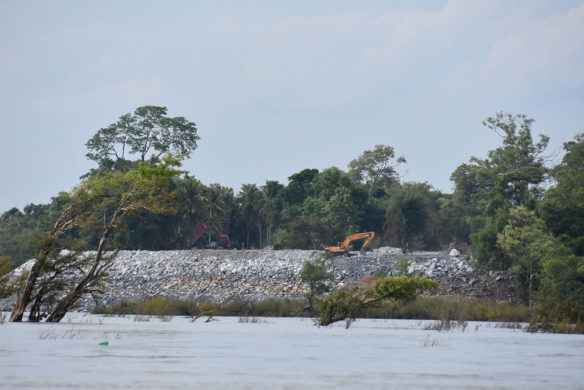 In Laos, the lush forests are alive with the whines of drills that pierce the air. On the Mekong, a giant concrete wall rises slowly above the trees. The Don Sahong dam is a strong symbol, not only for a power-hungry Asia but also for what critics fear is a disaster in the making…

Don Sarong Dam, International Rivers
The construction of the Don Sahong Dam officially began in January 2016. Located in the Siphandone (Khone Falls) area of southern Laos, less than two kilometers upstream of the Laos-Cambodia border, the dam will block the main channel passable year-round by fish migrating between Cambodia, Laos and Thailand, threatening vital subsistence and commercial fisheries in the Lower Mekong Basin…