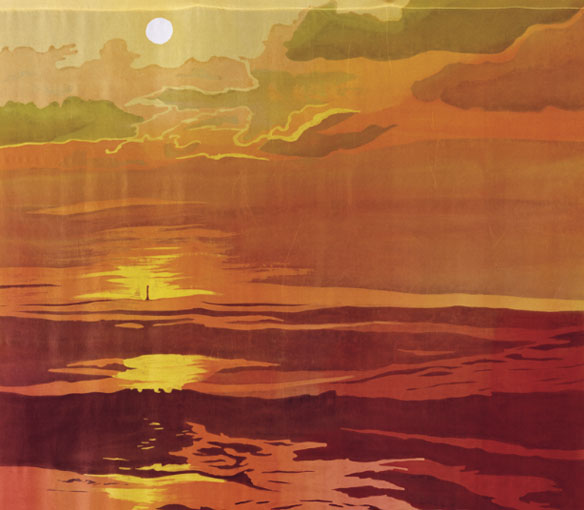 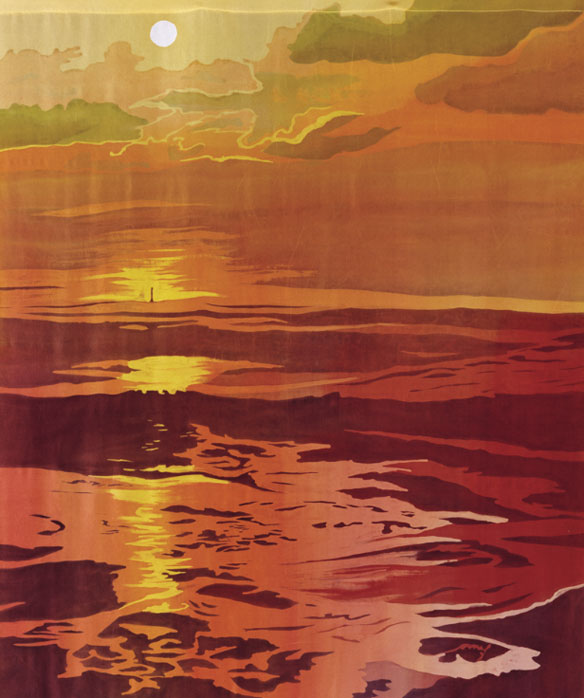 Morris Island Lighthouse is now located over 1,500 feet out to sea on a sand shoal surrounded by a small seawall. The relatively deep 35-foot foundation of the spindle has allowed it to continue standing as the land moved out from under it. Originally constructed a quarter-mile behind the beach, the lighthouse has survived storms, rising sea level, and barrier island migration since 1876.

In 1962, the light was extinguished. Managed by the US Coast Guard, it was let to stand as long as it was in good shape, but by 1965 there were plans to demolish it. The public alongside the Preservation Society of Charleston petitioned to let it stand, and so it was roped off as a dangerous structure, although no one took control of its maintenance. It was not until 1996 that citizens’ group Save the Light formed, acquired the structure for $75,00 and commenced its stabilization.

Seeing the lighthouse out in the sea is a clear reminder that our beaches and barrier islands are dynamic. It is thought that barrier island migration is related to sea level rise, but in this case the huge shoreline retreat is almost certainly due to sand loss caused by the jetties. The sand that has widened the south end of Isle of Palms just north of the jetties is the sand that would have flowed to Morris Island.

The huge ebb tidal delta, on the seaward side of the Charleston Harbor inlet believed to have been more than a billion cubic yards, began to break up after jetties were built in 1889. The breakup occurred because tidal currents and waves that combined to form the tidal delta over thousands of years were suddenly changed. Intended to deepen shipping lanes into the Charleston harbor, which were only about 12 feet deep at the time, the jetties were eventually extended to a length of 3 miles.

Seeing the lighthouse out in the sea is a clear reminder that our beaches and barrier islands are dynamic.
—Celie Dailey

Ebb tidal deltas can contain more sediment than the adjacent barrier islands and are the reason why navigation into harbors can be dangerous. As the tidal delta at the entrance to Charleston Harbor broke up, islands to the north and south were furnished with sand, causing Morris island to build out. (The landform now called Morris Island was three distinct islands in the 1700s). However, this source of sand did not last long and in the 1930s, after more than three decades of Morris Island building up, it suddenly started to erode. By 1938, the ocean shoreline had reached the lighthouse. A shallow shoreface allowed for the rapid migration of Morris Island across a hard layer of rock.

The Morris Island lighthouse can be seen as a tiny structure in the yellowed waters lit by the sun in Mary Edna’s batik image. In the foreground is Second Sister Creek, forming the estuary and inlet between Morris and Folly Island. Artist and photographer Mary Edna has been flying this landscape close to her home as long as she has lived in Charleston so her visual memory is loaded with renditions of this scene. For this batik, she combined an inspiring evening shot of a nearby scene with a mid-day shot of the actual geography of this area for her depiction.

Along the east coast, many lighthouses are threatened by their dynamic environments. The necessary proximity to the coast makes them vulnerable to sea level rise and erosion. Nationally there is a push to save these historic structures for their cultural, educational, and recreational uses. Many, like the Morris Island Lighthouse, have been validated as an object of preservation by being placed on the National Register of Historic Places.

Cape Hatteras Lighthouse (Outer Banks, NC) is seated on the highly erosive Outer Banks and was moved about 2,000 feet away from the its location in 1999 to prevent its demise. This relocation was controversial because local citizenry wanted the lighthouse to remain in its historic location. Although there was opposition, the year that the lighthouse was moved showed a spike in the number of tourist to the park (based on the National Park Service Statics Office report) and the lighthouse continues to be a major attraction. The National Park Service provided $9.8 million for its relocation, with a total cost of $12 million for the total relocation and restoration project.

Other lighthouses that have been moved include Block Island’s Southeast Light (Rhode Island) in 1993 and the Cape Cod Light (Massachusetts) in 1996. The Block Island Southeast Lighthouse Foundation is said to have raised $2 million in funds to pay for the relocation of the light 300 feet inland away from the eroding cliff of Mohegan Bluffs. The Cape Cod Light was moved 453 feet at a cost of $1.54 million when it was 100 feet from cliff’s edge. To date the tactics used to keep the Morris Island Lighthouse from succumbing to the sea have cost $5 million for a reconstruction of its foundation. $3 million was spent to build a steel cofferdam around the base of the lighthouse and $2 million was spent to replace the foundation with cement pilings.

Letting lighthouses succumb to the sea might be a reasonable thing to do in the face of rising ocean waters. It would show that we don’t have total control over nature and that sometimes human engineering fails. On a dynamic shoreline, there is no guarantee that lighthouses can be saved long-term when they remain in close proximity to the ocean. Allowing Morris Island Lighthouse to stay in its current location and strengthening its foundation might accommodate a rising sea, but direct impact from a hurricane will always be a danger along the Eastern seaboard.

Orrin H. Pilkey, co-author of Global Climate Change: A Primer (Duke University Press, 2011), served as editor of this article. Much of the material was drawn from his knowledge and published books. Orrin was a public advocate for moving the Cape Hatteras Lighthouse to its current location. Mary Edna Fraser illustrated regions around the world for “Global Climate Change: A Primer” with her batiks on silk.