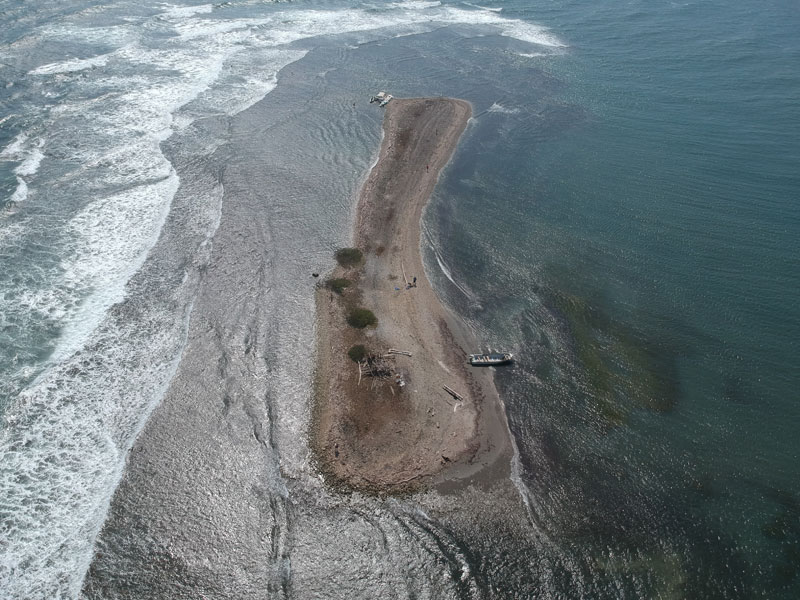 On the Colombian continental shelf, 12 km SW of the municipality of Galerazamba, Department of Bolívar, is the northern-most island of the Colombian Caribbean: Isla Arena. Despite being remote and uninhabited, this island is being affected by one of the most persistent problems in the marine environment: Marine Anthropogenic Litter (MAL).

In this first Colombian insular MAL study, a total of 1436 MAL items were collected along Isla Arena, equivalent to an average abundance of 2.87 items/m2. MAL items belong to 54 categories that are grouped in nine material typologies. These typologies include plastic (36 categories), metal (6), glass (3), medical waste (3), machined wood (2), pottery (1), sanitary waste (1), rubber (1) and cloth (1). Isla Arena now is considered as an “Extremely dirty” site in terms of the Clean Coast Index. Hazardous litter items (sharp and toxic) occur in percentages as high as 10.2% (146 items, Avg: 0.29 items/m2).

Along the island, current MAL amounts are so elevated that simple clean-up operations are an insufficient solution, and restoration measures are needed. MAL mainly comes from land-based sources, primarily generated by activities in the adjacent mainland river basins and coastal urban developments, particularly in the area of beaches. Marine anthropogenic litter found on Isla Arena reflects a strong influence from longshore-current transport. Management solutions need to begin at the same litter sources, and must include analytics, policy reforms and enforcement, and private and public investments.