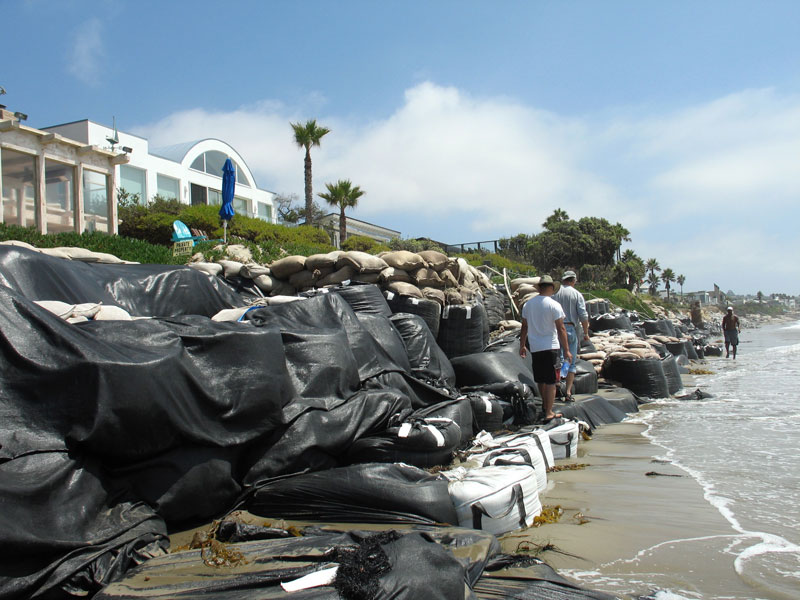 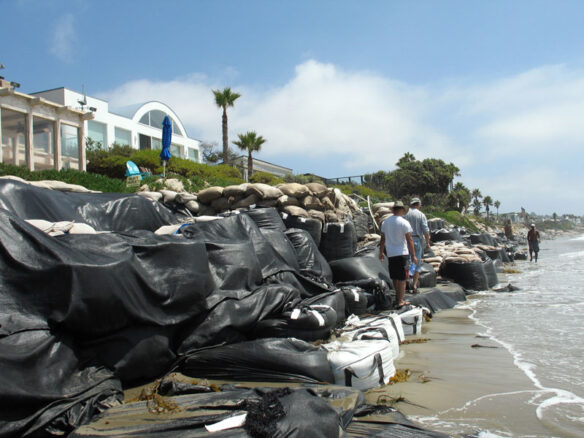 By Gary Griggs is Distinguished Professor of Earth and Planetary Sciences,  and Director Institute of Marine Sciences, University of California, Santa Cruz, California

Over the past century or so, the most common response to coastal or shoreline erosion has been the construction of some type of coastal armor, usually a seawall or rip-rap revetment, to reduce or temporarily halt wave impact on the dunes, bluffs or cliffs. In California today, 14% or 149 miles of the state’s 1074 miles of coastline has now been armored. For the more developed Southern California coast, however, 38% has been protected with some sort of structure (Figure 1). This represents an astonishing 500 percent increase over the past 47 years.

In contrast to the oceanfront homeowner’s or public agency’s interest in the lifespan and effectiveness of a coastal protection structure, considerable public concern has arisen over the past several decades as the amount of armoring has increased on the perceived direct and indirect impacts of seawalls and revetments on beaches. Coastal armoring is not designed to protect beaches, but to reduce wave impact forces on dunes, bluffs or cliffs. The potential effects of any seawall or revetment on the fronting beach includes:

Of greatest concern to the beach itself along much of California’s coast, particularly with the knowledge that sea level is rising, and at an accelerating rate, is the process of passive erosion. Wherever a hard protective structure is built along a coastline undergoing long-term retreat as a result of sea-level rise and wave attack, the shoreline will eventually migrate landward behind the structure. (Figures 5 & 6)

Along an undisturbed or unaltered coastline, the beach along with the backing dunes, bluffs or cliffs will continue to migrate landward or inland with continuing sea-level rise and the beach will be maintained. Once that back beach is fixed however, whether it is with a seawall, rock revetment, road, railroad or some other permanent structure, and the ocean continues to rise, the sandy beach will eventually be flooded or be drowned (Figures 7 & 8). While whatever is behind the seawall or other structure will be protected, at least temporarily, this comes at the expense of the beach. So in many locations, this becomes a tradeoff between protecting private property and preserving the public beach.

There are many places where seawalls or revetments have been built to protect homes or other structures that were constructed well out on the beach itself, and where passive erosion has already led to beach loss or narrowing either seasonally or during high tides. There are other locations where the tides and waves are encroaching closer and closer to these structures and where it’s only a matter of a few years when access along the shoreline will be partially blocked and these beaches will no longer be usable (Figures 9 & 10).

This process of passive erosion has been documented along the many armored barrier islands of the Atlantic coast, on Oahu, and along the coasts of Washington and California. This process of passive erosion takes place regardless of the type of protective structure emplaced. Passive erosion is perhaps the most significant long-term effect of shoreline armoring. It can be resolved and the beach will return, however, if the seawall or revetment is removed, which has happened in southern Monterey Bay at the former Ft. Ord army base where the soldiers’ club was removed (Figures 11 & 12).