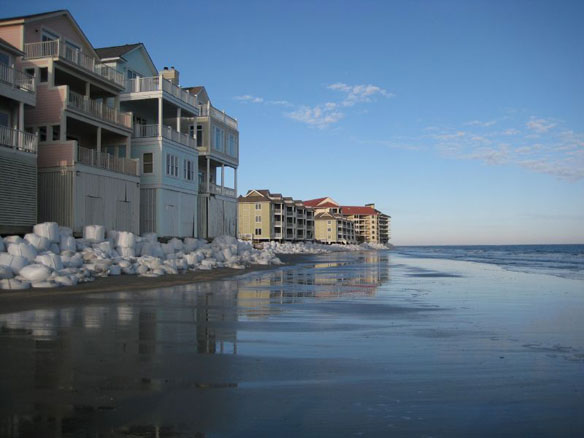 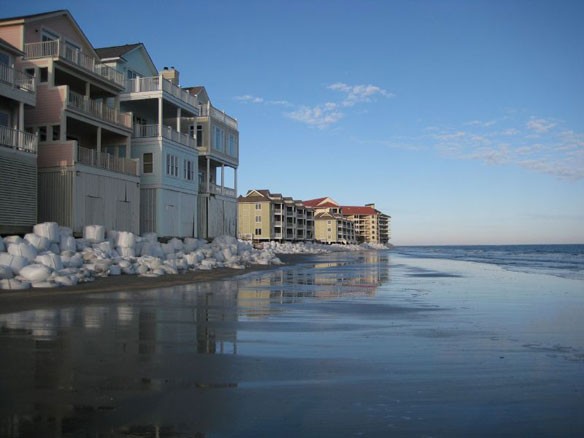 The S.C. House passed a bill that will close a loophole in state law that has allowed new construction closer to the ocean when renourishment projects temporarily widen the seashore.

While the legislation gives a short-term reprieve to developers at Kiawah Island and other places, the lower chamber’s action is considered a significant, long-term step to prevent construction farther out on the beach at a time of rising sea levels…

Seaward of Common Sense? SC Needs to Put an End to Building on the Beach; By Robert Young, PhD; The State (02-12-2015)
South Carolina’s beautiful beaches are a vital component of this state’s economy. Managing them wisely is critical to the health of the economy and to ensuring that state and local tax dollars are not wasted on futile efforts to protect homes needlessly placed in areas of obvious high hazard…