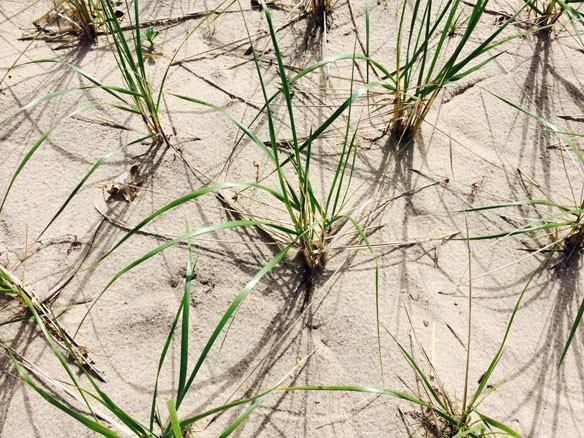 Natural and undeveloped beaches should not be armored or modified with “nourishment,” as the sand-sharing system moves deposits from dune to beach in storms and back again. Normally following storms, beach sands are gradually returned to reform dunes…