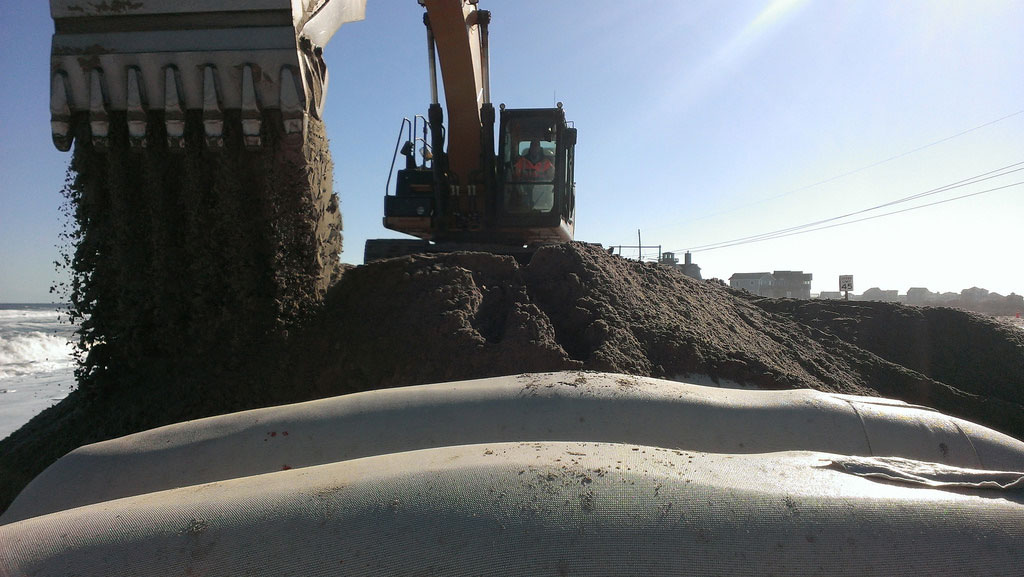 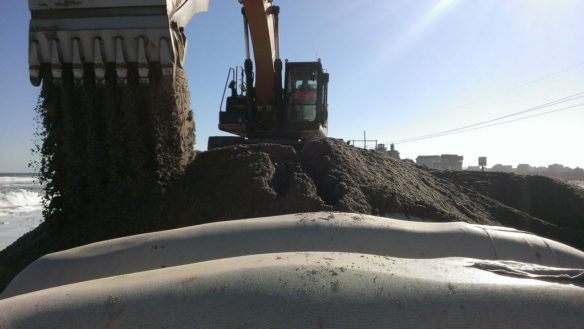 Make an earnest effort to remove the sandbags from your beach.

That was the message the N.C. Coastal Resources Commission (CRC) sent Wednesday in Atlantic Beach to an engineer representing The Riggings, a Kure Beach condominium complex that has emerged as the poster child for how the supposed-to-be-temporary fix has become permanent in some spots.

Under state law, sandbags are only supposed to stay on the beach for a two- to five-year window. The 48-condominium complex has been protected by sandbags since it was built in 1985 between Fort Fisher and a coquina rocks outcrop…

WATCH: PHOTOS: Recent history of sandbags along the N.C. coast