Big beaches are back in Oceanside, CA 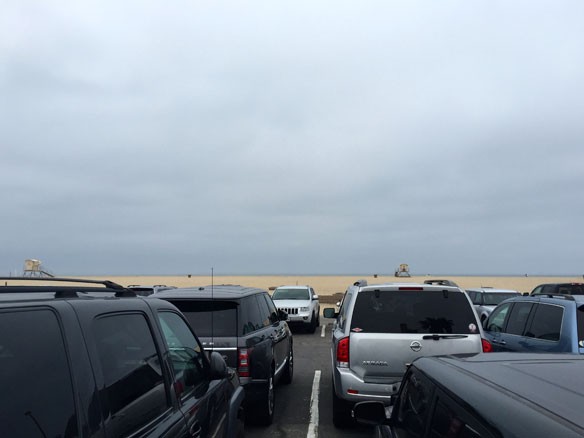 WWorkers have finished their two-month dredging of the Oceanside harbor, leaving a fresh coat of sand on beaches as the summer tourist season gets under way…

Army Corps To Study Sand Erosion On Oceanside Beaches, Southern California; KPBS News (03-30-2016)
The Army Corps of Engineers is launching a 3-year study on how to mitigate the beach sand loss in Oceanside, as North County beach cities are in a constant battle with Mother Nature…

Rewilding Santa Monica’s thoroughly artificial beach; KCET (05-09-2017)
In the early 1900s, L.A. County beaches were not yet the tourist destination they would one day become. To draw more tourists, local municipalities wanted the beaches of the Santa Monica Bay to mimic those on the nation’s opposite coast: bigger, flatter, wider. Beach managers decided then, to bend the area’s geology, making Southern California beaches take on a more Floridian aesthetic. It was built by moving sand from one place and dumping it into another, turning the tourist-friendly beach into an ecological wasteland.

“Developers don’t get it: climate change means we need to retreat from the coast, Guardian UK (15-03-2016)
It is preposterous to build in areas that are bound to flood. So why are real estate companies still doing it?..

White sand, black gold: when oil derricks loomed over California beaches; Mashable (12-08-2015)
As California population boomed in the decades following the gold rush of 1849, there was a rapidly growing demand for petroleum. By 1920, California was producing 77 million barrels of oil a year, and vast stretches of the state were occupied by derricks, and refineries. In coastal places such as Venice, oil derricks ran right up to the shore, mingling with residential neighborhoods and pristine beaches…