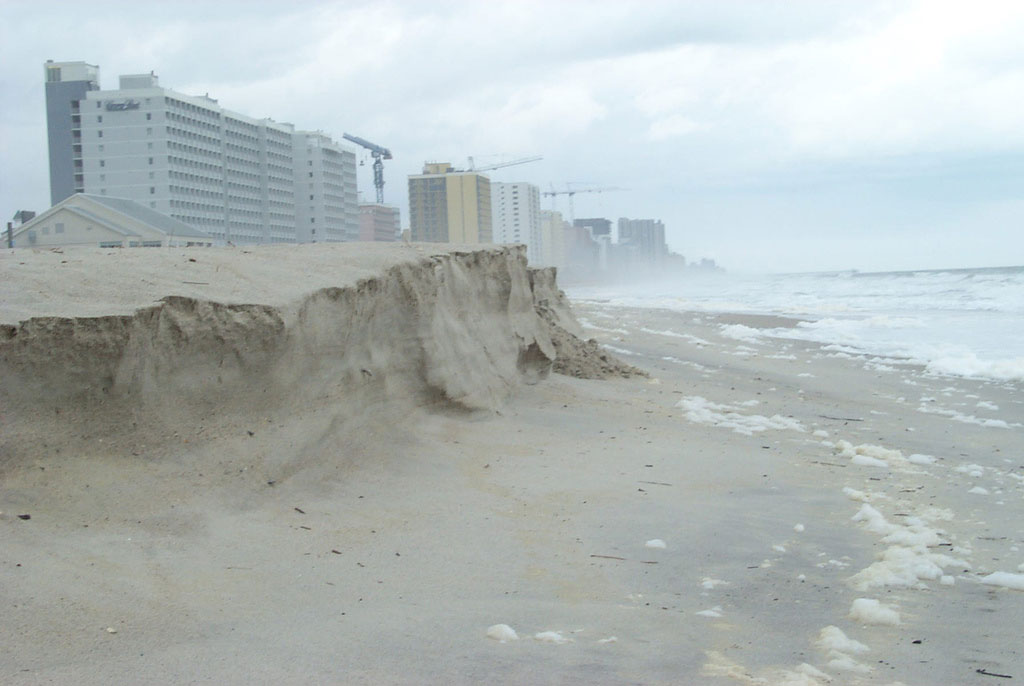 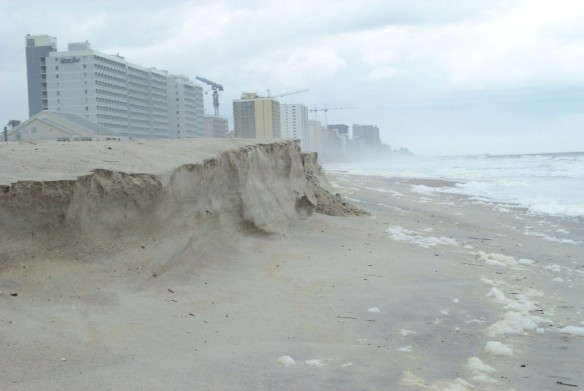 Myrtle Beach erosion, SC. Photo source: ©© Randy.
“Development is absolutely responsible for the majority of the beach nourishment,” Andrew Coburn, assistant director of The Program for the Study of Developed Shorelines at Western Carolina University, said. “Well over 99 percent of the shorelines that are nourished are developed so there is some economic value placed behind them.”

Severe weather events this summer washed away hundreds of acres of sand, ripped apart walkways and stairs leading over fragile dunes, and caused significant erosion to the natural barriers that protect inland areas from coastal flooding.

The trifecta in recent weeks of storm surge from Hurricane Joaquin, king tides, and nearly 2 feet of record rainfall, contributed to the loss of nearly 80 percent of the sand that replenished North Myrtle Beaches during the last renourishment project in 2008. This project to replenish the beaches with 750,000 cubic yards of sand cost nearly $11 million…